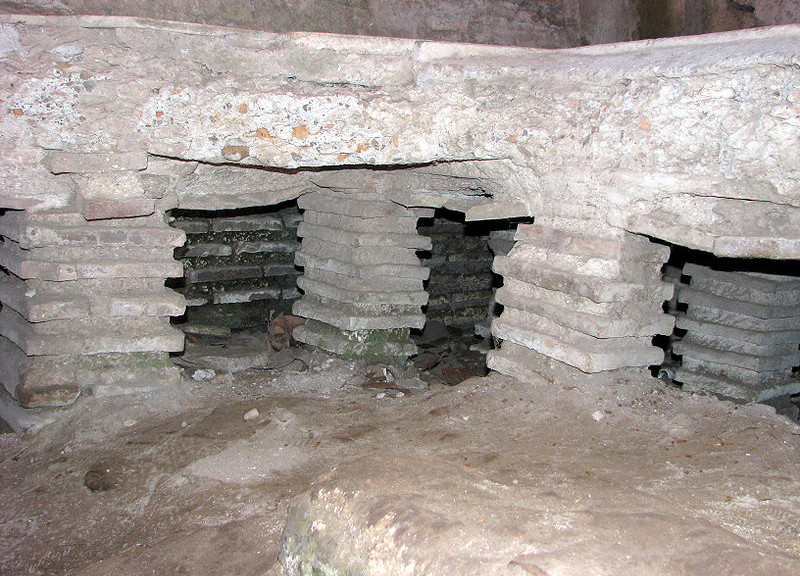 Technology is advancing at such a pace that every year there is a new system or gadget that we can take advantage of. Our mobile phones now have the computing power that would have impressed NASA just a few years ago and there are cars which will drive themselves. Running our homes efficiently is now also much easier as we are able to control our lighting and heating from our mobiles from wherever we happen to be. Despite the onwards march of technology there are some aspects of our lives which could perhaps be improved by looking to the past.
Most homes in the UK are heated via a system of radiators. Radiators are unattractive features which take up a lot of valuable wall space so it would be rather nice if there was a better solution to our heating requirements. Actually there is one, and like so many other seemingly modern innovations, it was used by the Romans.

Those good old Romans heated their buildings with hypocaust under floor systems. Here internal floors were raised on piles. Fires heated the air which was drawn into the spaces under the floors and then exited via flues in the walls. The systems required constant attention and so only the wealthy could benefit from them. Their servants would maintain the required fires. The systems weren’t terribly efficient as they did not distribute heat evenly but they did work pretty well. If you want to see Roman underfloor heating then visit the magnificent Pompeii where there are several homes which remain almost as they were before Vesuvius erupted and buried them in volcanic ash.
Modern Systems

It turns out that the Romans were really on to something. Heat rises and so underfloor systems are the most efficient way to heat any space. Of course, in the modern era, fires would be a rather impractical solution. Quite apart from the fact that you might burn your house down, few people could afford to employ the servants they needed to keep them burning. Contemporary under floor heating systems are hydronic, in other words they feature pipes under the floor. Alternatively you can ley cable systems or lose laid heating tiles which are a bit like electric blankets for your floors. These provide a silent and even heat distribution which is thermostatically controlled. Underfloor heating is a brilliant choice for homes with tiled floors which can be very cold under foot. The cable and tile systems can be installed in your home without the need to dig up the floors and will not significantly raise the height of your flooring. This is a great way to rid yourself of unsightly radiators which were, incidentally, a Russian invention.
The Romans had the perfect solution for so many of life’s problems that many modern innovations have their roots in Roman civilisation. Perhaps we should always look back before we try to look forward in case those clever Romans had the answer. The Romans didn’t have the benefit of computing power and one wonders what miracles they may have achieved if they had. Perhaps they could have learnt to predict volcanic eruptions!

Changing rooms into your dream spaces